Injuries on a Property

Including Slip & Falls, and Broken Staircases to Insufficient Maintenance and Security. 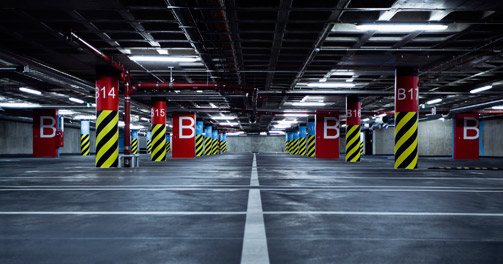 Premises liability is a form of negligence, in which a property owner or possessor of a premise is subject to a duty to exercise care in the management of the premises in order to avoid exposing visitors to an unreasonable risk of harm. Broadly speaking, premises liability alleges that a defendant property owner or possessor allowed a dangerous condition on its property or failed to take reasonable steps to secure its property against criminal acts by third parties. The property owner’s duty of care can require the upkeep of a property, providing sufficient security, safety, lighting, protection from animals or other people, or even taking measures to protection children from dangerous conditions on the premises.

The failure to fulfill this duty of care of the premises is a form of negligence. However premise liability is not imposed against a landowner or possessor without fault. It must be demonstrated that the owner has breached a duty owed to the injured person, and each accident or injury is viewed and analyzed in light of the premises unique circumstances and history. Typically the determination of whether a dangerous condition existed is an issue of fact and left for a jury to determine.

A possessor of land who holds it open to the public is under a duty to visitors as that owed by common carriers, and must protect entrants against unreasonable risk of physical harm. Examples of this type of duty would include patrons of supermarkets, retail stores, and other similar business operations. Also, an owner or possessor of property is generally found to be vicariously responsible for the wrongful acts of his or her employees that result in injury to persons on the premises.

● Traditional Classifications of a Visitor’s Status on a Property:

In the past, a visitor’s status on the property—as a trespasser, a licensee, or an invitee—established the extent of the owner’s duties to the visitor. Although the laws have changed, such statuses may be relevant to the specific nature or scope of those duties or to the foreseeability that the visitor might be harmed.

An “invitee” is someone invited or permitted to enter or remain on the premises for a purpose related to the owner’s (or their mutual) business or advantage. An example would be a customer at a grocery store.

A “licensee” is someone permitted to enter or remain on the premises for purely social purposes or for his own or some third person’s pleasure or benefit. An example would be social guest at one’s home.

A “trespasser” is anyone who enters or remains on the premises without the owner’s consent or a privilege to do so.

Under current California law, the owner of real property can be held liable for failing to use ordinary care and skill in the management of his or her person and property to avoid injuring persons on or near it. In order to determine this, the test is whether the owner acted as a reasonable person in view of the probability of injury to others. In determining whether ordinary care was upheld, courts use the following considerations:

(1) the foreseeability of harm to the plaintiff,

(2) the degree of certainty that the plaintiff suffered injury,

(3) the closeness of the connection between the defendant’s conduct and the injury suffered,

(4) the moral blame attached to the defendant’s conduct,

(6) the extent of the burden to the defendant and consequences to the community of imposing a duty to exercise care with resulting liability for breach, and

(7) the availability, cost, and prevalence of insurance for the risk involved.

An owner of a property is defined broadly. An “owner” includes the lessees, occupiers, possessors, and others whose control of the property subjects them to an owner’s liability, and “visitor” includes invitees (business and social), licensees, and trespassers.
The California legislature and the courts have created several exceptions to the general rule that a property owner is liable for injury resulting from a failure to use ordinary care and skill, including the following:

(4) Trespassers on railroad locomotives and cars.