Malaysia Airlines Flight 370: How Much Will Families Be Able to Recover? 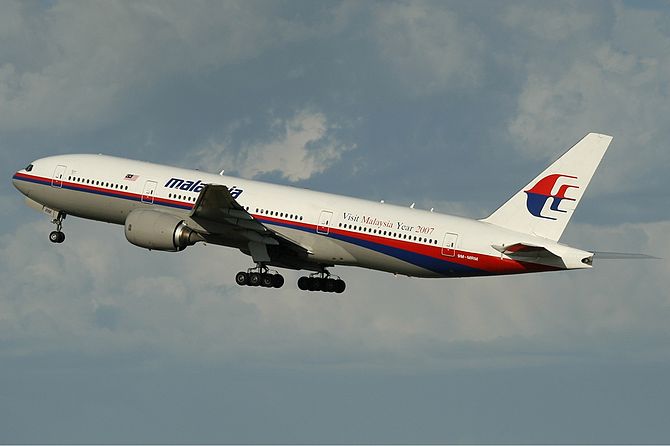 For the past three weeks, the tragic saga of Malaysia Airlines Flight 370 has garnered unrelenting global attention. Round-the-clock news coverage and rampant speculation regarding the fate of the flight has exacerbated the emotional toll on the families of the 227 passengers and 12 crew members.  The commercial flight en route from Kuala Lumpur to Beijing carried passengers and crew members from 15 different countries, ranging from the U.S. to Iran.  However, a majority of the passengers were from China, where the one-child policy is still in place.

This week, Malaysia Airlines announced that Flight 370 “ended” in the south Indian Ocean and ruled out any chance of finding any survivors.  The tragic loss of so many lives in this accident raises many important questions regarding the potential financial compensation for the families of the passengers. Questions concern the liability of state-owned Malaysian Airlines and the manufacturer of the 777 commercial jet, Chicago-based Boeing. Some uncertainty remains regarding the jurisdiction and laws that will apply in claims brought by the families and whether there will be any disparity in settlements. This article will attempt to shed some light on these issues and concerns.

Malaysia Airlines’ Liability and The Montreal Convention of 1999

Most of the litigation and claims involving the loss of life will be shaped by the Montreal Convention of 1999. The Montreal Convention is an international treaty adopted by the member states of the International Civil Aviation Organization (ICAO). The ICAO is an agency under the United Nations and has a membership of 191 nation states, which includes the U.S., China, Australia, and Malaysia. Amongst many air travel issues, the treaty covers liability and remedies concerning damages during the course of commercial air travel, including loss of life.

Chapter 3, Article 21 of the Montreal Convention sets out the liability of airline carriers and the amount of compensation for the death of passengers.  Under this section of the treaty, Malaysia Airlines would be required to pay at least 100,000 Special Drawing Rights for each passenger, which translates to approximately $176,000.

Article 21 effectively holds Malaysia Airlines strictly liable for the loss of life on the flight, unless the carrier can demonstrate the loss of life was not “due to negligence or other wrongful act or omission of the carrier or its servants or agents,” or “was solely due to the negligence or other wrongful act or omission of a third party.” Unlike traditional tort law requirements, the burden of proof falls on the carrier. This will be a very difficult burden for Malaysia Airlines to overcome because even if it is established that the loss of life was due to human intervention such as a high jacking or other terrorist acts, the airline will be held liable for failing to provide adequate security screening measures and safety steps to prevent such an occurrence. The risk of terrorism and on-flight human intervention, especially a high-jacking should always be anticipated by an airline carrier.

The Montreal Convention will also dictate where claims and wrongful death suits can be brought.  Families will most likely want to bring claims in the U.S. considering how courts here value life compared to courts in other nations and especially since the $176,000 payment acts as a floor and not a ceiling, so families can recover above that amount. In 1999, for instance, the family members of an American businessman killed in the 1994 crash of USAir Flight 427, received $25.2 million to settle their U.S. claims against the airline carrier, the jet’s manufacturer, and a parts maker for the jet.

Under Chapter 3, Article 33, family members will have the option of bringing an action for damages in one of the following settings: (1) the domicile of the carrier, (2) the principal place of business of the carrier, (3) the permanent residence of the passenger, so long as the carrier does business there, (4) where the contract or ticket was purchased, or (5) the final place of destination for the passenger.

For options 1 and 2, the domical and principal place of business of state-owned Malaysia Airlines will most likely be considered Malaysia.  Option 3 will be beneficial for the three American passengers on the flight since their families will be able to bring claims in the United States.  Option 4 can lead to complex contract issues because online ticket purchases and purchases from travel agencies can lead to varying jurisdictional arguments.  Option 5 can be an opening for some foreign passengers to have access to U.S. courts. Although the flight was destined to Beijing, the family members of passengers who had transfers or connecting flights to U.S. destinations can technically bring claims in the United States. Despite the jurisdictional restrictions of the Montreal Convention, families will most likely bring claims against the plane’s manufacturer, Boeing, and the plane’s parts makers here in the U.S.

The Potential Liability for Boeing and the Parts Manufacturers

Flight 370 was operated on a Boeing 777 that was first flown and delivered to Malaysia Airlines in 2002. The 777 family of jet airliners is considered by many aviation experts as one of the safest commercial model planes. According to the records of the Aviation Safety Network, before Flight 370, there were only 4 fatalities ever connected to a Boeing 777 since its first flight in 1994. 3 of the deaths were connected to Asiana Airlines Flight 214 that crashed last summer in its final approach to San Francisco International Airport. Even in the Asiana flight, it appears that pilot error rather than any malfunctions on the plane was the cause of the accident.

Any claims against Boeing for manufacturing defects will most likely depend on the recovery of the plane’s parts, the cockpit voice recorder and the flight data recorder. Recovering the flight data recorder is extremely important since it keeps records of the plane’s operating functions and will be instrumental in determining Boeing’s liability in this tragedy. In addition to keeping track of the time, altitude, airspeed and the different directions taken by the plane, the data recorder maintains a multitude of system operations records, ranging from the individual flaps on the wings, intricate on-board computer commands to auto-pilot instructions and fuel gauge. The data recorder will be an even more crucial element in this investigation since the plane’s Aircraft Communications Addressing and Reporting System (ACARS) was disabled shortly after the flight took off, and there are no records of any distress calls sent out by plane’s pilots or the plane’s ACARS system before it was disabled.

Recovery of the plane’s voice and data recorders will be tremendously difficult and time consuming considering the location of the crash site. The south Indian Ocean is considered by many as one of the most inaccessible places on Earth.  Investigators and searchers must deal with the remoteness of the location, extreme weather constraints, violent ocean currents, visibility issues, and the deep ocean waters.  In addition, the delay in finding the location of the crash site has further expanded the debris site due to the ocean currents.  One similar case worth comparing is crashed Air France Flight 447. It took international investigators approximately two years to recover the data recorders from that flight. Moreover, even if the data recorders are ever recovered intact, extracting the data will be a highly complex task due to potential fire and water damage.

However, regardless of whether the data recorders are ever recovered, family members can contend that the ACARS and transponder systems on the plane should have never been designed by Boeing or it parts manufacturers, to be disabled onboard.  The families can argue that if the transponders were not so easily disabled, safety steps could have been taken to help the distressed flight. For example, fighter jets could have been scrambled to force the jet down on a safe location. In addition, if the transponders were not disabled, it would have undoubtedly led to a faster emergency rescue response time to the crash site, which may have led to finding survivors.

This would be a design defect argument which asserts that a defect was inherent in the design of the system itself. The families would have to establish that an alternative design would have been safer than the original and such a design would have been economically feasible. In this situation, family representatives can argue that the transponder systems should have been designed with a backup power source so that any system malfunction or human intervention on-board would not have disabled ACARS and other transponders.  Considering the risk such a back-up system would have averted, the adoption of it would have been reasonable and most likely very inexpensive.

Clearly, there are a myriad of issues concerning the potential recovery for Flight 370 families. More questions will be answered in the coming weeks and months but at the very least, we should all hope that the data recorders are recovered and that family members can have some level of closure by knowing the causes of this tragedy.