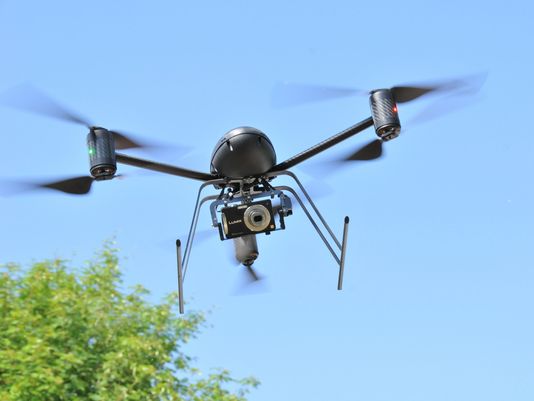 With the mass adoption of smartphones, tablets and other mobile devices that feature high definition cameras, amateur photography and filming have become increasingly popular. Social media and mobile sharing websites such as Instagram and YouTube contain hundreds of millions of user uploaded images and videos. According to Instagram, over 20 billion user images have been posted on its photo-sharing network at an average of 60 million images per day. These figures do not even include shared videos, a feature Instagram rolled out last year.

This popularity coupled with the advances and affordability of mobile technology has led to a new generation of exceedingly compact and mobile devices such as high-definition wearable cameras and civilian drones that are capable of aerial filming. The leader in wearable and mounted cameras, GoPro, has sold over 8 million devices. GoPro’s very versatile cameras come in multiple models and accessories and are priced between $200 and $400. Recently the company went public with an evaluation of nearly $4 billion. The lightweight wearable cameras the company manufacturers permit users to record outdoor activities such as skydiving, snowboarding, surfing, and safari expeditions. The uses are limitless. Videos taken using GoPro’s wearable cameras have become extremely popular. A search on YouTube for GoPro will yield over 15 million video results.

Along with GoPro and other wearable and mounted cameras, unmanned model airplanes or drones have also become popular. You may only be aware of government drones that are used for military purposes such as for intelligence gathering and combat missions. However, consumer or civilian aerial drones are now readily available for anyone to legally purchase. In fact, a search on Amazon.com will yield hundreds of different models priced from anywhere between a few hundred to a few thousand dollars.  Most of the models have attached cameras or are capable of being mounted with compact cameras such as those of GoPro.

Drones attached with cameras and camcorders raise serious privacy concerns. They are capable of recording public activities for longer periods, at closer range and in higher quality.  Due to their mobility and positioning, drones remove traditional line of sight barriers of cameras. Vertical and angled shots can be achieved. Continuous monitoring can be undertaken which make tracking and pursuits considerably easier.  Such features have the ability to makes drones deeply intrusive if an operator were to have ulterior motives.  For instance, drones can be used to record activities in a neighbor’s backyard or even activities being conducted inside someone’s home.

Another major concern is that drones can interfere with manned aircrafts such as commercial airliners. This year there have been numerous close calls involving drones and commercial airliners. In a Florida case, a drone had reached an altitude of 2,300 feet and came close to colliding with a commercial jet. Neither the drone nor its pilot, have been identified. Such cases are extremely dangerous because if a drone, even a smaller model, were to get stuck into a jetliner’s engine, it could cause a catastrophic outcome.

Although the Federal Aviation Administration (FAA) has regulations regarding the use of drones for private businesses and law enforcement, there are few rules set for casual and recreational use. The FAA however recently released new safety guidelines to address concerns about the reckless use of drones:

The FAA rules will continue to allow the use of unmanned model airplanes for recreational and non-commercial uses. Drones, however cannot weigh more than 55lbs and operators must give notice to air traffic control of any operation within 5 miles of an airport. The rules do require that drones be operated within “community based set of safety guidelines,” which is open to interpretation.

Besides concerns of interference with manned airplanes, drones raise safety concerns for those on the ground. By allowing drones to weigh up to 55lbs, the FAA rules do little to curb concerns regarding damages these aerial devices can cause in cases of malfunction or reckless use of them.  Drones have the potential to cause considerable property damage and severe medical injuries to those on the ground.

“We have a mandate to protect the American people in the air and on the ground, and the public expects us to carry out that mission,” said FAA Administrator Michael Huerta. Though it is still unclear whether current laws and agency regulations have the ability to remove privacy and safety concerns as drones become more popular and more readily available.